Fact number one, the average number of days between updates since Brawl Stars was released globally is 36 days. Fact number two, the longest we’ve had to wait for an update that did not include the summer month that Supercell took off is 47 days, a fact number three it has been exactly 47 days since the last brawl stars update you do the math it’s about time.

The first is that it’s probably going to happen soon okay ou is the last five brawl talks more of them happened on either a Saturday or a Sunday so I think there’s actually a really good chance that we’re gonna be seeing a brawl talk this weekend. Don’t quote me on that unless it actually happens and you can quote me on that there’s a chance that it will happen sooner or even laters well like I said one of the past five brawl talks actually happened in the middle of the week so I suppose it could happen at any time.

Underdog! A new improvement to matchmaking coming in the next update

Many of you have provided feedback about matches that feel unfair because a player’s trophies were lower than they should be. We hope that we have a solution to this! First, a bit of background about how matchmaking works. This problem can often arise when a group of 2 is paired with a solo player.

If, for example, Dani(700 Trophies) and Ryan(400 trophies) are in a game room together and go into matchmaking, then they will be matched based on Dani’s(700) Trophies. This is intended in order to prevent matchmaking exploits. Now a third solo player Frank(700) joins our team. For Frank, this seems totally broken! Why is Ryan(400) on our team? Now Frank is at a disadvantage!

We always want friends (regardless of Trophy level) to be able to play together. Brawl is just more fun with friends. So, we’re introducing the Underdog system. In the above example, Frank will become the “Underdog” player. He will lose fewer Trophies in a loss and gain more Trophies for a win.

Here are the details:

The Underdog system is only used in 3v3 modes and does not affect Solo/Duo Showdown. Your Underdog status will be shown when entering a match (and also at the end). You can become an Underdog in two scenarios:

Note! If you use ‘Play Again’ you will lose Underdog status.

We’re excited to release this feature in the next update. Keep an eye on Brawl Stars Ultimate Player for the next Brawl Talk which will explain everything else that’s on the way!

Frank the team lead for Brawl stars has hinted toward this being a pretty awesome update now on February 26th he tweeted out saying that it was a really great week at work and that he could not believe all of the awesome stuff that the cool that the team is coming up with all the time. He ended it by saying that 2020 is going to be wild now after that someone asked Frank to rate it out of 10 and he responded with 11 now technically he was referring to brawl stars in 2020 and not this next update specifically but I think it’s fair to say that this update is obviously included in 2020 because we are in 2020 later on Frank was asked a question regarding updates and while he couldn’t give any details he did make it clear that the plan is not to release less content ok now reading between the lines are pretty clear to say that their goal is to release more content with each update

I don’t know I don’t think this was intentional but we actually got to see Daryl’s remodel that what it’s gonna look like after this next update here is a side-by-side comparison of the current model and what the new model will look like you’ll notice a few differences and I mean the clarity on this picture isn’t necessarily the best but he’s gonna be coming with the profile icon change as well and I’ve seen a few people say if they don’t like the change but I personally really love it. 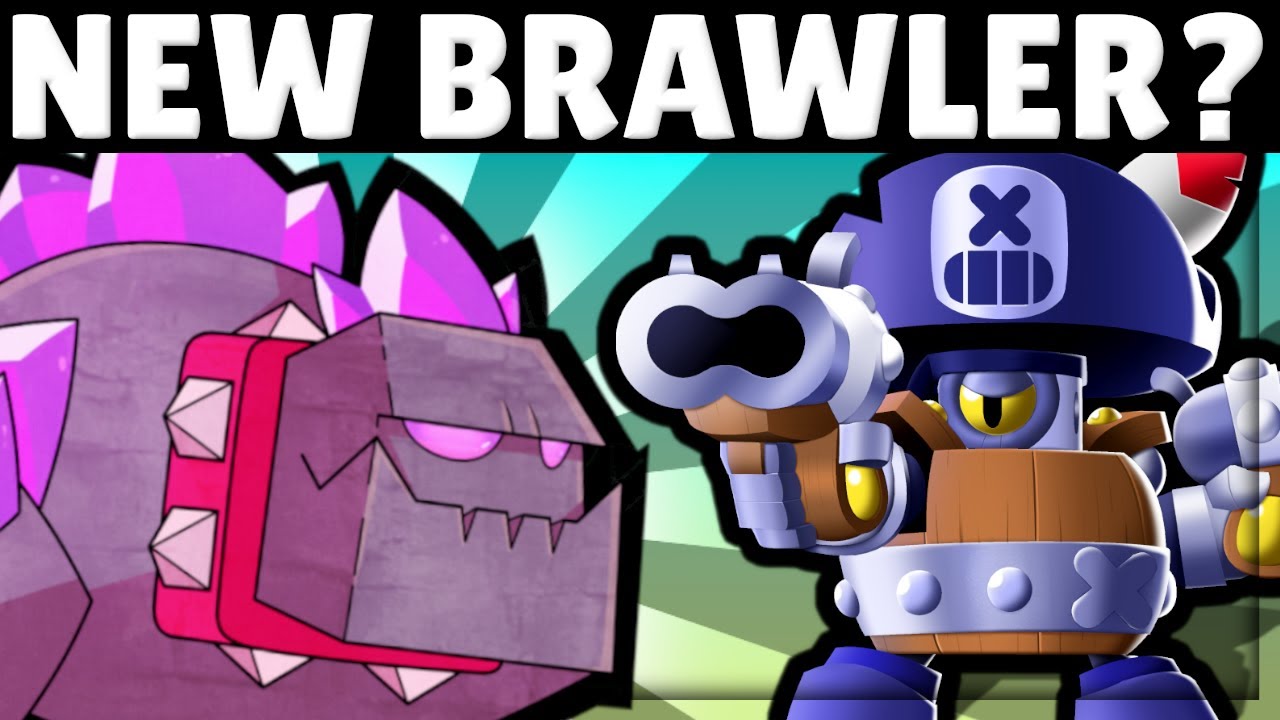 We’re getting at least one new brawler this update and that it is Frank’s favorite brother to play which is awesome and we don’t know a whole lot about this brawler but we do know that it is not going to be a homer brawler that people have been speculated on because they’ve been looking in the game files right Frank actually let us know that the Homer brawler that some data miners found was actually a potential prototype that they haven’t just removed from the files, we also know that there currently are not any plans to add further trophy Road brawlers and there are not any plans to extend the trophy road for right now so the newest brawler is not going to be a trophy Road brawler and if I were to guess it’s not going to be a mythic.