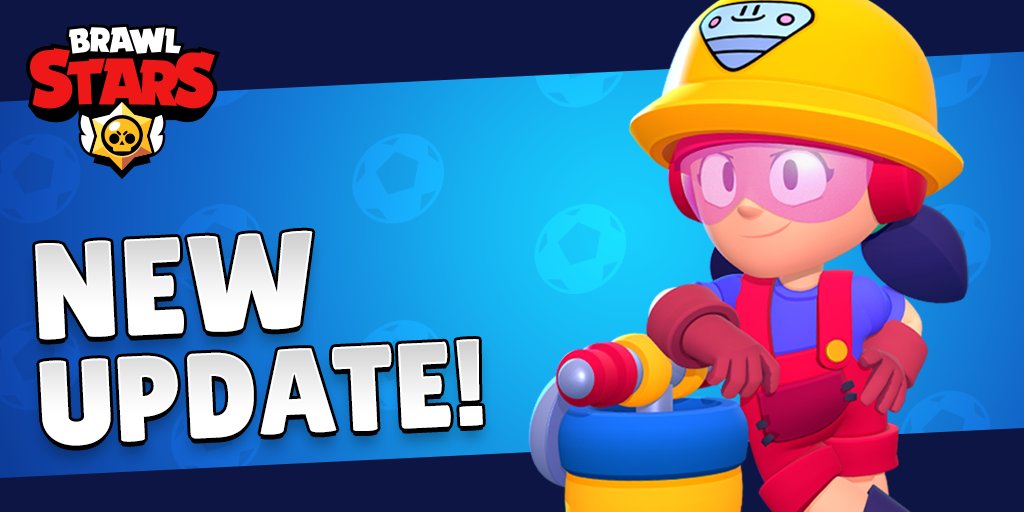 BrawlStarsUP Gameplay Roundup
The Brawl Stars UPdate has finally arrived! Our newest Brawler Jacky, Gadgets for EVERY BRAWLER, new skins, and more!
New Brawler – Jacky! She works her jackhammer to shake up the ground and nearby enemies. Her Super pulls in nearby foes, leaving them in the dust!

New Skins!
April Skins!
PSG Cup! Mar 19: Play this new challenge for rewards, glory, AND if you manage to get 9 wins, you’ll unlock PSG Shelly before anyone else!

I’ve seen many people complaining about losing in the PSG Cup so I decided to share an unstoppable team composition to help you win.

For the Quarter Finals (first map), use: Rico, Tara, and Jacky

For the Semi-Finals (second map), use: Bo, Tara, and Jacky

For the Finals (last map), use: Rosa, Tara, and Jacky

Jacky is the main ball carrier/scorer. She is the most important brawler of the team. A vital tip for Jacky is to use her speed boost gadget at the very start of each round and rush in to attack the enemies by surprise. Don’t waste her gadget.

For scoring, leave 1 gadget for use when you have the ball, bounce it off a wall, use the gadget, and walk it into the goal.

Keep in mind anyone can score and the strategy is further explained under “Rosa”.

Rico should always be supporting his teammates by covering and damaging. His main job is to kill. (kinda obvious)

Tara is the second most important brawler of the team. Her main job is to drag the opponents away from Jacky when she is going for the goal and to break down the walls in front of the goal to make it easier for Jacky to score.

At the start of each round, Rosa should be following Jacky and cleaning up after her, as it is almost guaranteed Jacky will die when she rushes into the opponents. This leaves Tara who should grab the ball and help Rosa.

Bo is also a very important part of the team. (I guess everyone is…). Bo should place his trip mines in pathways – in places where others are most likely to walk – and he can also throw them at the opponent’s goal walls to hopefully break them but usually, Tara has that job covered.

So hopefully now all you need to do is find good teammates. It’s highly unlikely you’ll fail with this information but if you don’t win, don’t worry it’s not that big of a deal.

For those that won using this comp, pls let me know.

Gadgets!! Each Brawler now has a unique gadget that unlocks an activated ability for the Brawler
The Underdog System! This matchmaking improvement helps games with uneven Trophy amounts between teams.
Event Rotation Changes
Supercell ID
Other
Bug Fixes
Balance Changes!

GADGETS
See also  What You Should Know About Brawl Stars DPS?