Sandy Brawl Stars is a sleep-deprived Brawler with powerful control over sand: casting sharp pebbles at enemies and summoning a sandstorm to hide teammates and herself. 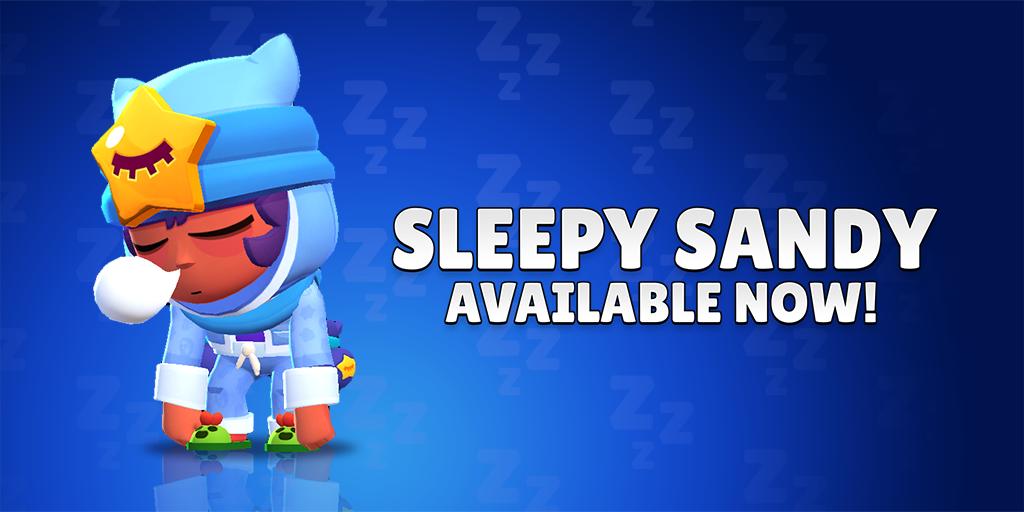 Sandy pelts enemies with sharp, piercing pebbles, dealing 1260 damage at max range. She has wide attack radius making her a good control brawler. She could pierce her attack through enemies dealing splash damage.

An important thing to note is that her right side the sand is faster than the left side if you can see closely, this is not gonna really matter in normal circumstances but it matters if it’s about the speed. 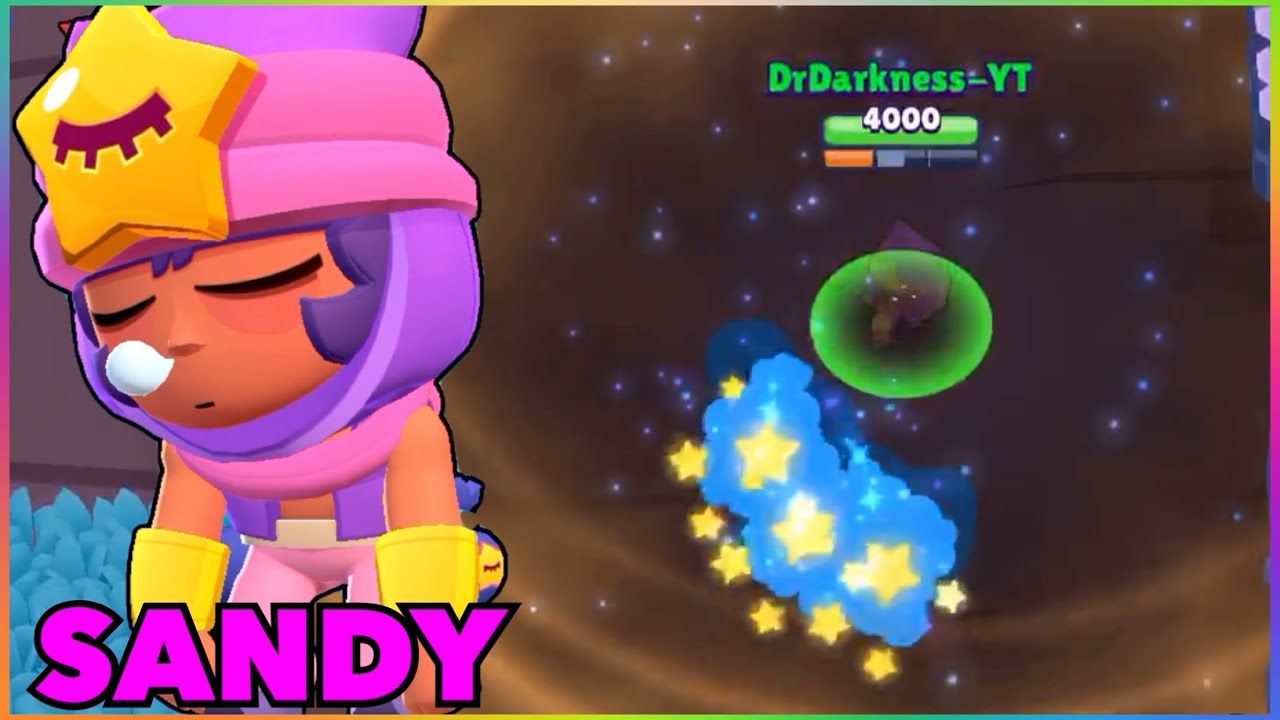 She sends a wave of pebbles that deal damage to the enemy brawlers similar to Poco’s hitbox but smaller and better.

Regarding to her attack range, it is about 6-tile long. For reference, Rosa’s attack is 3.6-tile long and El Primo’s attack is 3-tiles long. Sandy has a decent range compared to the other medium-ranged attackers

For her regular attack, she has a range of 6.3 tile which is exactly as long as Nita range. And her super range is insanely large which measures to 13.6 tiles. She has the seventh longest range in the game.

She has an above-average movement speed and just as fast as Frank or Rosa. It takes her 11.6 seconds to go from the bottom of the map to the top.

She could stay for 25 seconds on the map with her Healing winds star power!

It takes 6.4 seconds to unload and reload three shots which places her in the 14th place

The sole motive of the super is hiding brawlers and not deal damage and also no brawler will stay in the storm for 12 seconds but still, she is placed in the 14th place.

Sandy takes a really long time killing the boss with 2 minutes and 5 seconds to finish the boss because of her no damaging super and low reload speed.

She can clear out the robots in 3.3 seconds with her rude sands in just 3 shots, but if u stack it up she can finish it in 2.1 seconds.

She can take out 46% of the turret just by herself and that puts her in the 2nd place.

She summons a sandstorm into the map that lasts for 12 seconds making her and the teammates invisible for the duration. The storm won’t hide turrets or other spawnable, just brawlers. As the super lasts for 12 seconds if she can charge back her super within the timeframe she can throw multiple sandstorms covering a large area of the map.

Leon, when invisible, is also in the sandstorm, will still be invisible.

This super is probably one of the best supers in the entire game, she could change the whole game with just one super and sneaking into enemies to either grab the gems, collect the present, kill them etcetera.

12 seconds of invisibility is good for yourself or teammates covering a large Radius. Medium range and damage, not the best for taking on tanks, but low health to medium health brawlers can be taken out and you can sneak up on those long-ranged brawlers. Her supercharges in 5 hits and you can have multiple sandstorms on the field at a time, so don’t worry about saving it! Throw it immediately as stacking sandstorms is op (Once I did a friendly game where we were all sandy and we just covered the map in sandstorms. lol)

Sandy’s sandstorm now also deals 200 damage to the enemy brawlers inside her super all over the course of 12 seconds. So it would deal a total of 2400 damage per brawler if they stay the for the whole duration. It may not sound like a lot but it could reveal wherever they are hiding in the bush and sneak into them without them knowing.

The sandstorm now heals the friendly brawlers for 300 Hitpoints per second. If we are talking about just one brawler for the whole 12 seconds, its 3600 HP in total. And looking at 3v3 game modes, we are talking about 10800 HP healing for the three teammates in the whole 12 seconds, which is just insane! Multiple sandstorms can stack up the healing, so you can double or even triple your healing

Sandy is one of the best brawlers for showdown other than maps where long-ranged brawlers are used often. She can constantly chip down enemy brawlers especially the tanks which sandy cant 3 shot. About killing tanks, always chip them down as much as possible and use the sandstorm to finish them off. She does the same damage as Mortis but in a wider radius. Always use the Healing winds in this mode as rude sands won’t be as effective.

Sandy is insanely in gem grab, with just one well-timed super, you can team wipe the opponents and also sometimes spawn trap them. Her burst potential is great at controlling the area and can get the good utility to attack grouped units. Use super on the gem mine and make sure both of your teammates have at least 75% HP left. Move through the sandstorm through unpredictable ways so that you can dodge their shot easily. Make sure to use healing winds, it is insanely useful in this mode.

She is not the best ball carrier but probably the best control brawler in brawl ball. She can always keep the opponents at bay so as never giving them the opportunity to get the ball. Make sure to use your super where there are fewer obstacles, if not you could be easily predicted from wherever you come. Her burst damage can wipe the enemy teams very easily so be unpredictable when using your super.

She is not that great in heist because of her very slow reload speed and low damaging waves. But she can be deadly when combined with other tanks and hide them with her sandstorm and heal them with her star power. Overall she is pretty bad in the mode as she can’t do anything offensively or defensively and also because of so many tank brawlers in the mode, shes gonna struggle hard.

She is decent in bounty because of her extremely short range, it can be compared to rosa’s projectile range. But in somewhat bushy maps, she can be really good against the squishy brawlers which are mostly used in this mode. Her sandstorm, if used at the right time, can easily team wipe with the help of your teammates. Always remember to throw your super a bit in front of their spawn or get ready to be team wiped.

Siege is mostly map dependant because of the utility her sandstorm can give. She can do nothing against the robot that is spawned but can definitely collect most of the bolts, moreover, if she gets super and can team wipe, your team can then probably hold the center till the end of the game.