The huge December Brawl Stars Update is just around the corner.

Let’s take a look at this Brawl Stars Update! The hype is just so huge right now! 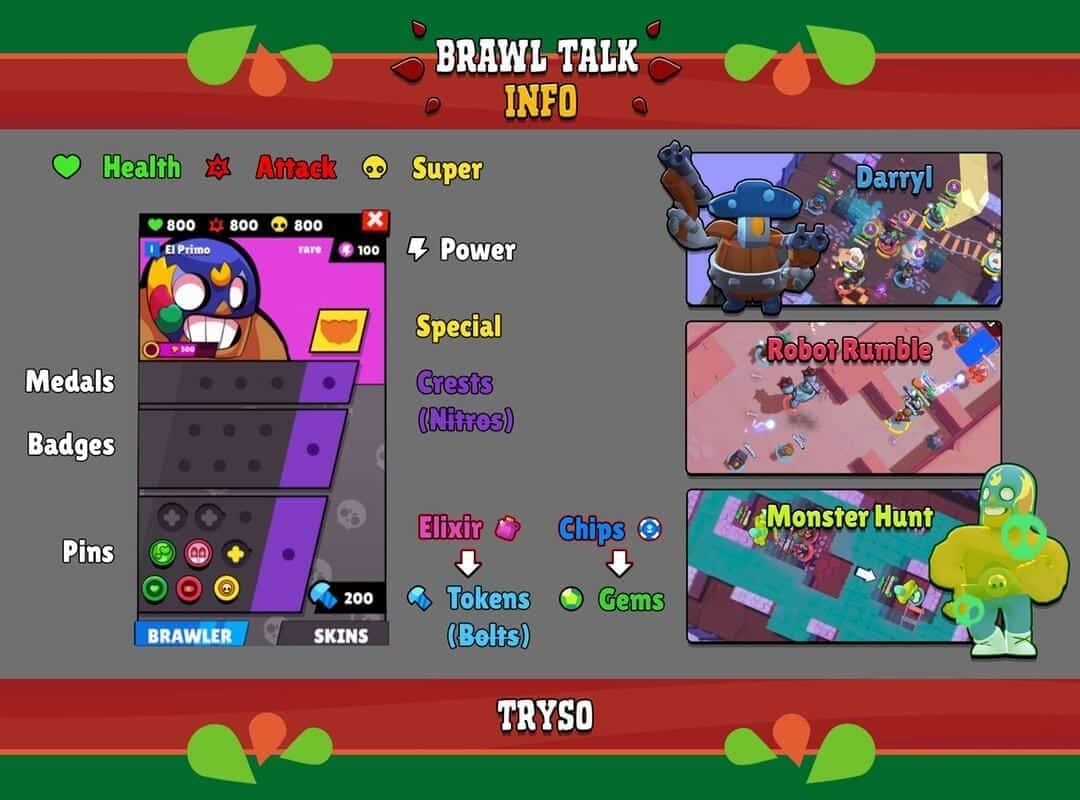 No Global Release Yet for this Brawl Stars Update

No matter how disappointed we are, there is still no global or Android release, yet.

Say goodbye to Elixir! Say hello to the new Upgrades.

The elixir will be replaced by upgrade Tokens (previously thought to be bolts).

All previously spent elixir will be converted to upgrade tokens.

It has still the same premise,“ Attack, Health and Super.”

Now each section has to be upgraded 6 times unlike the elixir system in which you could max a section out with 5 upgrades.

Each upgrade will have 6 slots which have to be filled out by specific upgrades. These upgrades drop individually from brawl boxes.

You can get any upgrade anytime from a brawl box so, you could get lucky and get upgrade 6 before upgrade 1.

The upgrades also improve the stats more than the last upgrade.

You can also get these upgrades serially by buying them with upgrade tokens.

At the end of these upgrades when you have unlocked all 6 upgrades, you will also earn a special ability.

Each character has their own special ability. The known ones are listed below:

TL;DR: Elixir will be replaced by upgrade tokens. New individual upgrades are coming from Brawl Boxes. All characters now get a special ability when their upgrades are maxed out. 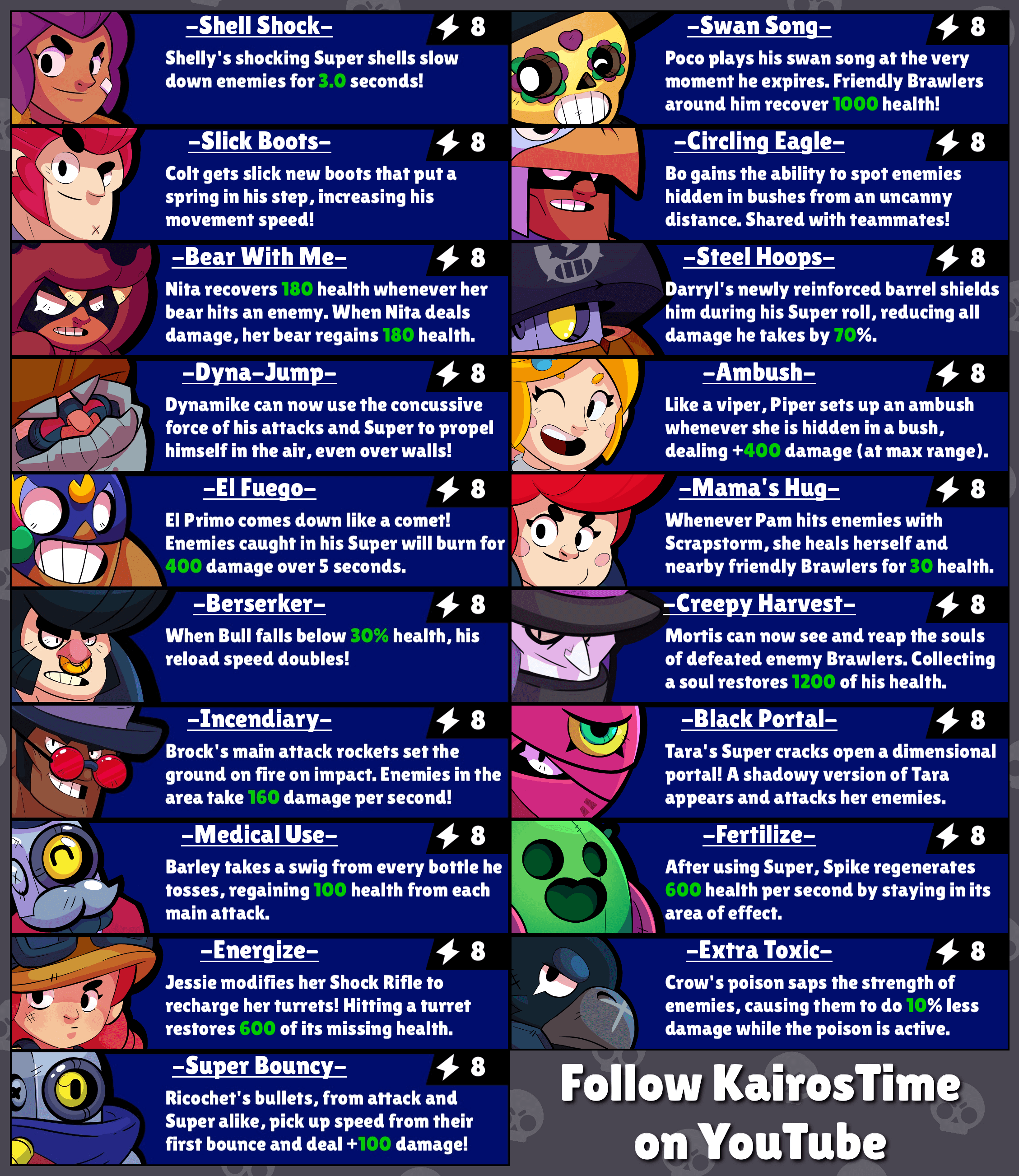 More Brawl Stars Updates to Get Excited About

A new UI made from the ground up.

There is a new UI for the game select screen, for the shop, for the characters upgrade screen and for the leaderboards.

There is also new music to accompany it.

The coin cap has been increased to almost a million.

Now, you will no longer get duplicates.

The chips you have stored up will be converted to gems at the rate of 3 gems for 1 chip.

Also, as mentioned, you can now get brawler upgrades and crests to the already existing drops. You can also get Tickets…

Using the tickets you got from the brawl boxes, you can play 2 new gamemodes.

These are unranked modes so don’t worry about losing any trophies, just have fun. These game modes are the Boss Fight or Monster Hunt (undecided) and Robo Rumble.

In this game mode, you have 6 people.

Out of those 6 people, 1 of them is a boss. The boss has much much more stats than the other brawlers but they cannot regenerate any health meaning any damage is permanent.

The objective is to take down the body before the time runs out.

In this game mode, you and two other friend are tasked to protect a safe from not other players but a swarm of robots that come in waves.

The robots come in many varieties from the normal melee to a giant boss robot.

It seems that from the ticket gamemodes you can get tons of coins endlessly.

There is no limit (this may change). As long as you have tickets, you can keep raking in coins.

In game rooms, you will now be able to see how many coins you have gotten for a specific event.

You will also be able to change the events within the room. So, now you no longer need to disband for each event. It is also easier to invite friends.

In friendly battles, you can play ANY game mode in ANY map at ANY time. Making it much easier to make tournaments and such.

These milestones will award you with gold.

Also if you are already way high in trophies, don’t worry. Every player will get the milestone rewards that they have already passed before.

The robot in a barrel with a double double barrel shotgun.

Darryl’s basic attack is shooting twice with his shotguns. They seem to go as far as Shelly’s bullets. The first shot is quickly followed by the second.

His super is kinda like Bull’s. He rolls into a ball and damages all enemy brawlers in his path.

The main difference is that Bull destroys obstacles, Darryl ricochets off of them.

It’s not clear how many times he bounces but it is thought to be 2 as shown in the current available clips. Well that’s it. The whole brawl talk summarized in under a 1000 words. Hope you learned something new here. Well, goodbye and see ya in the next one.