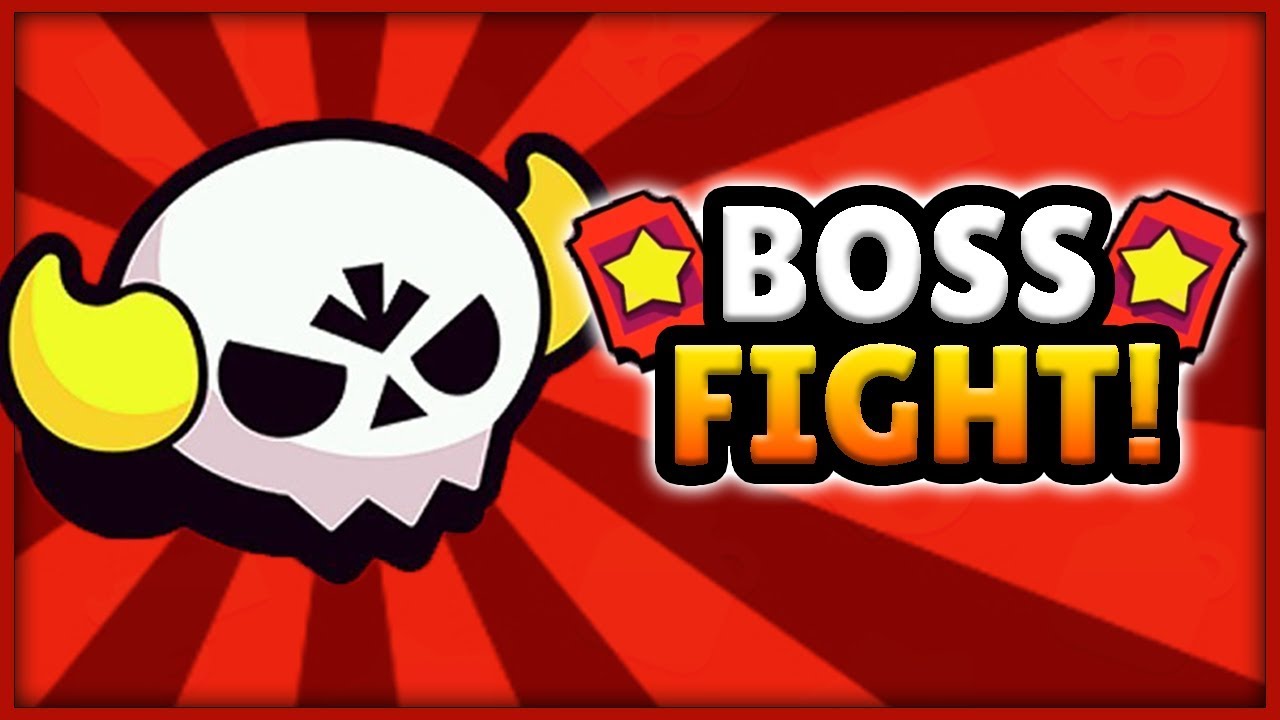 First of all, you must know that Boss spawns power cubes based on the damage he receives. Therefore, the more damage you deal the more power cubes you’ll have, and thus even more damage and more power cubes. Because of this, it is very important to deal as much damage to the boss as possible at the start (first 3 minutes). Because of that, you should use brawlers that can deal with a great amount of DPS to the boss.

Here is a list of DPS of all brawlers (took values from game files about a month ago, so maybe a bit outdated while still useful):

These values are WITHOUT star powers, with decreased super reload (as in Robo Rumble and Boss Fight), and assuming you hit all bullets. Bea has the same average damage as Shelly for the main attack, but almost double reload, ends up doing 1909 DPS.

With that said, if you have no star powers you may want to take Pam, 8-Bit or El Primo when going with randoms. If in a team, use Pam to take power cubes as the main damage dealer to the boss, a tank (El Primo, Bull, Darryl, Shelly) to help Pam and a shooter (8-Bit, Bea, Colt, Ricochet, Brock, Jessie) to take out sniper robots while also helping to damage the boss. If you are 8-Bit do not get the powercubes, instead, let the main damage dealer to take them and throw your turret at him so you get more damage as a team. If you get a maxed random, let him take the power cubes.

If you have star powers, I’ll talk about various strategies down below.

With her bear she can deal the greatest DPS in the game, however, it’s not the best option. First of all, the bear is very vulnerable to rockets and lasers. She also has a very slow super reload, so you’ll not deal much damage until you spawn the first bear and then you must care about it continuously. If it dies before you reload super, you’re done because you lose a lot of DPS. If you want to try it anyway, here are a couple of tips: get Pam and a tank in your team to take damage from the boss instead of the bear, and throw the bear past the boss (so you and your teammates get in one side of the boss and the bear at the opposite, if done correctly boss should not attack bear nor throw lasers at it). A good combo would be [AnySP] Pam to heal and [Steel Hoops] Darryl to absorb damage and knockback the boss if it is going to kill the bear.

See also  Brawlstats - What Is The Max Rank On Brawl Stars?

Take damage to get your live below 40%, but try to stay as close to 40% as possible so you can survive a rocket or laser (a good trick at start is to take damage from 3 lasers and 1 punch or 1 laser and 4 punch, you end up with 2460 health being 36%). Also, make the boss follow you, so you don’t need to get close to him to make all bullets impact. Whenever boss shoots laser, it’s a good chance to get to it’s back and shoot at it at close range, then prepare for him to follow you again. Try to hold on to your super, and use it to survive if you get cornered. He is good with more [Berserker] Bulls; with [Mama’s Hug] Pams to heal when necessary; with [Snare a Bear] Bo to stop the boss and make it easier to Bull to deal max damage; or with an [Boosted Booster] 8-Bit to boost Bull (both the boost and berserker bonus are increased by power cubes). Just for you to know I cleared insane VIII with 8-Bit double Bull and it was easier than insane IV (I wanted to help a friend clear IV after I did VIII and it was way harder just because of team composition).

While it is easier to stay alive than with Bull, it is harder to get a double reload all the time. You can actually cycle your super and double your reload all time by following this steps once you have your first super ready – 1} shoot all your ammo to the boss – 2} roll to enable double reload, look for a wall to bounce back and not to get too far from the boss – 3} while you have double reload, shoot ONLY TWO AMMO at the boss – 4} wait to get all your ammo back, if done correctly your double reload will end up exactly when you refill the ammo bar – 5} shoot all your ammo to the boss, if done correctly you’ll get back your super just in time to be able to repeat steps 2 to 5 continuously. It is actually hard to do this without taking damage, so a [Mama’s Hug] Pam in the team will be ok. The 3rd teammate can be either [Boosted Booster] 8-Bit to buff Darryl and take out sniper bots; [Berserker] Bull to also damage the boss from a close distance while Pam and Darryl take damage from him, or even another Pam or Darryl if you go random and are a bit lucky.

If he runs INSIDE the boss all 6 spikes damage the boss. In order to survive inside the boss, you’ll need Pam to have the healing turret and you to load your first super. Then, proceed the following way – 1 } throw your super at the boss – 2} run inside the boss and 3-shot it, healing turret and fertilize should keep you alive but it’s ever recommended Pam to be near so she can tank you – 3} run away, you should have your super ready again but WAIT until you reload all ammo to repeat all steps. 3rd teammate must be a shooter, better 8-Bit.

Hope you all know that quick-firing the super inside a big robot makes all knives to hit it, dealing insane damage. Just wait for Pam to go with you to heal and receive damage and you’ll be fine. Again, 3rd teammate may be a shooter, 8-Bit works well. A good combo can be [Fertilize] Spike + [Extra Toxic] Crow + [Mama’s Hug] Pam, but you must be aware of sniper robots, Pam should be able to take them out if there are not a lot of them.

3) Just spam the boss with a lot of bullets.

With her fast reload, she can deal with an insane amount of DPS. A good combos would be Bea+Pam+8Bit, 8Bit double Bea, etc.

Wham bam, here comes Pam! You may take power cubes if there’s no other high damage dealer (those mentioned above with those star powers). If you use [Mama’s Squeeze], it considerably increases DPS, but you must find a good spot for the turret not being smashed by the boss, maybe a corner or a thin wall.

Good against sniper bots. Good as damage dealer, but if there’s another he should let him the power cubes and throw at him the booster turret.

Scrappy, the pet, deals quite a lot of DPS, but you need your teammates to help moving the boss around it. However, it’s better to give a try above strategies if you have those star powers.

I haven’t calculated her DPS, but it seems to be comparable to Pam’s and 8-Bit’s with this star power. She may be ok to keep 8-Bit alive when boss speeds up while also dealing quite a lot of damage. With her, [Extra Live] 8-Bit can be good.

You can cycle your super if the boss gets close to two walls, making the gum bounce and hit again and again, but may not be a good option since now boss shoots rockets near him, destroying cover.

-> If Supercell enables [Power Grab] in ticketed events, FRANK would be a good option with a great DPS.

Skilled players may be able to survive jumping over lasers and rockets, and even survive boss’s god mode by jumping over water again and again while respawning teammates. Just two quick observations – 1} if there’s a wall between you and the boss, he will never shoot lasers, he needs to directly see you do so (good to prevent the cover from being destroyed until god mode) – 2} god mode boss NEVER shoots laser. The only (huge) weakness of Dyna is sniper robots. However, you may only try this if you can’t deal enough damage with any method described above before the boss get’s in god mode. For helping Dyna to survive, [Sponge] Frank, [Snare a Bear] Bo and [Healing Sands] Sandy can be good.

Good luck out there!