The new Brawler named Bibi was just released in the huge Brawl Stars Retropolis update in May. Let’s take a closer look to see how she is and the best ways to use Bibi Brawl Stars! 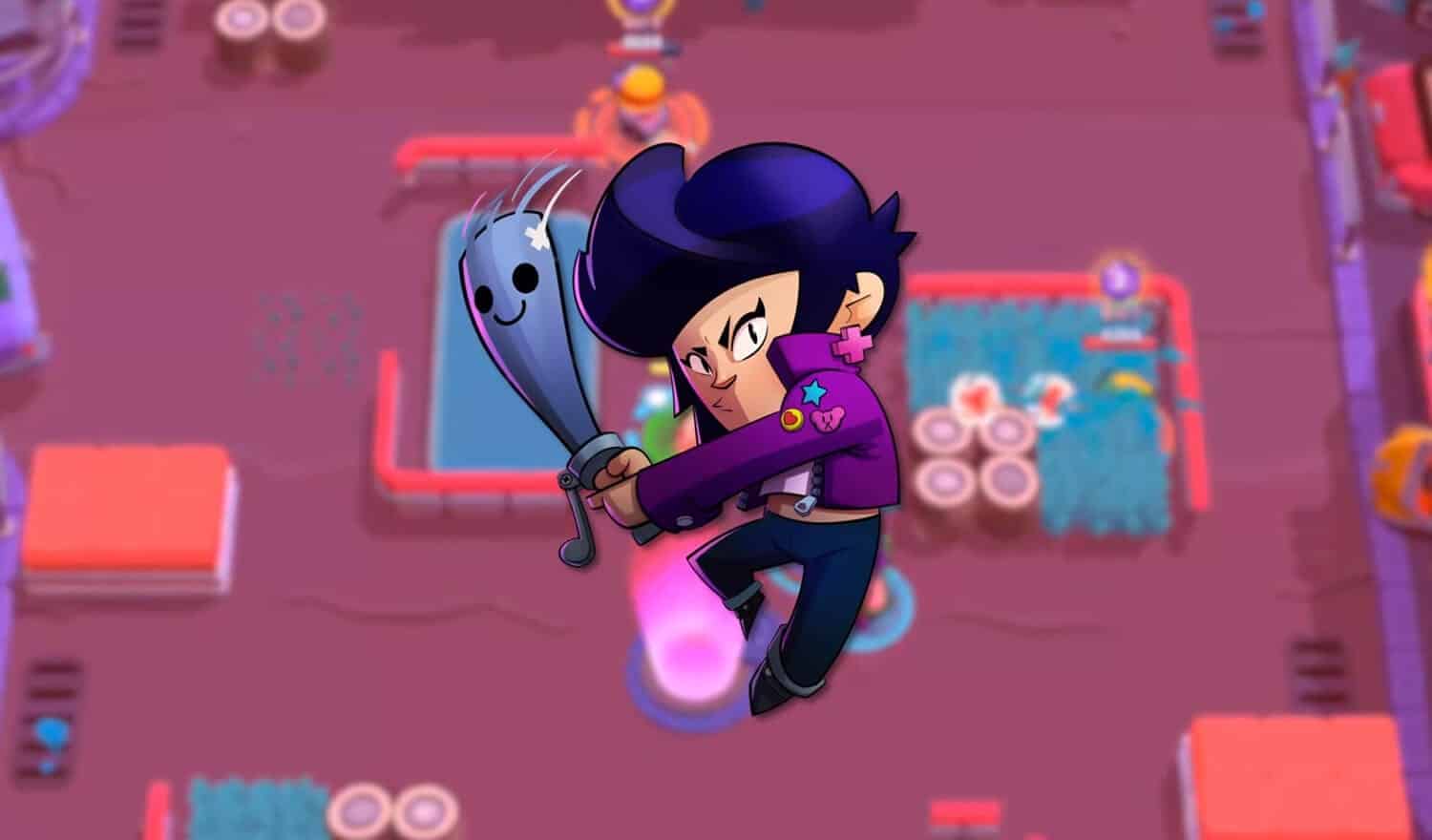 Her swings her bat and deals massive damage to a large area. She can deal up to 1820 damage over a massive area per swing. She could be really strong in teamfights.

Rosa or El Primo could deal up to 2016 damage with one attack but that is in case all of their punches actually hit the target. Her attack actually has a bit of a short delay. However, she is still able to move around while loading her attack, not like Frank. The delay is slightly longer than Frank’s delay.

Regarding to her attack range, it is about 3.3-tile long. For reference, Rosa’s attack is 3.6-tile long and El Primo’s attack is 3-tiles long. Bibi has a very short range in comparison to all of the other brawlers in the game.

Reload speed is 1.55s, which is pretty similar to Nita and El Primo. She might even have the fastest reload speed in the game. Combining with the attack damage, she will be a real big deal. With 5880 HP at max level, Bibi Brawl Stars has the sixth-highest HP in Brawl Stars.

She’s got a decent amount of survivability but still it’s a bit lower than other short range brawlers like Rosa, El Primo or Bull. But against some long range squishy Brawlers, she’s going to be very strong.

Her movement speed is very similar to Bull, El Primo and other tanks.

However, when she the special ability Home Run charged up, her movement speed gets increased a lot (3.07 tiles per second, just slightly slower than Carl’s Super)

When Bibi has all of the three ammos charged up, she starts to charge her special ability, which takes about 2 seconds to charge up this super ability.

At the next swing, she will push the targets away. She also gains an insane moment speed while having this ability charged up (

This Home Run ability is a massive deal because it looks like the knock-back is about 4 tiles long. It’s basically the equivalent of getting pushed back by 4 Shelly Supers.

Her special ability actually resets animations and this is another big deal (while some other Brawlers can only do that with their Supers).. That way you can effectively waste the enemy regular attacks or even their Supers.
For example, Bibi can prevent Frank from casting his massive Super.

See also  How to Get Legendary Brawl Stars Brawlers Fast

Brawlers like Pam, who has a long irregular attack animation, will be getting a lot of struggles against Bibi.

However, since she has a very short range which means that most of the brawlers are actually gonna benefit from keeping their distance from her.

Also, If she actually knocks those brawlers too far back, it will be difficult for her to take them out sometimes, or even like chase them down.

There are some situations where it will be more beneficial for her to waste an attack so that she doesn’t knock the players back before attacking them.

She shouts out a big bubble gum that travels an insane distance, 40 tiles. It continues to bounce off of walls until it eventually pops.

The bubble deals 1400 damage in a large area and is able to deal damage to the same targets multiple times.

Bibi fully charges up the Super after just 3 attacks.

See also  Insider View of Stu or Max - Which of These Two Brawl Stars Characters Are Faster?

Based off of these stats and the gameplay from Brawl Talk, I think that Bibi is definitely going to be a very strong brawler. I don’t think Bibi is gonna be as strong as Rosa was when Rosa was first released or Leon.