You guys would have seen the recent announcement by the brawl stars team about the BRAWL STARS WORLD CHAMPIONSHIP 2020. We will see more about the steps involved later in the article, so stick on! There is literally a prize pool of over $1 Million and up to $500K added to the prize pool for every dollar spent by the community on the shop offers during the championship season. Isn’t that sick?

The best part about this whole thing is everyone in the world can compete for participating in the championship, Yes! You too. All you have to do is win the 15 Win challenge. And I believe you can if you read this article.

HOW DOES THE BRAWL STARS WORLD CHAMPIONSHIP WORKS?

Basically, all you have to do is win the 15 challenge for getting selected for the 2020 BRAWL STARS WORLD CHAMPIONSHIP. Well, that isn’t an easy job though. Millions of players are going to be competing in the championship where the list includes professional brawl stars players. Who knows, you may even face them in one of your matches!

The 15 wins are divided into 5 different game modes, namely all the active 3v3 game modes:

Also, you have only three lives. The second you lose your third game, you’re out of the championship. You would be playing three games on a single game mode.

This challenge starts on Saturday 8th of February 2020, so do not miss it out.

HOW TO PLAY THE BRAWL STARS WORLD CHAMPIONSHIP?

You could have realized by now all the game modes are the most classic ones. Which means you are going to require a talented team to win. You can also play with randoms, but if you really want to win the championship, playing with randoms is not recommended.

Remember these are monthly challenges, so don’t worry if you lose, you can always try one more time. 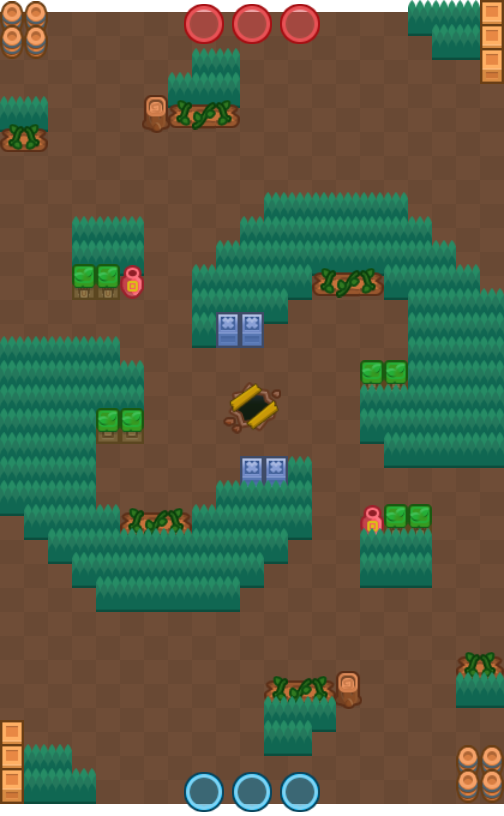 This is a very unique kind of map where you can easily get control of the map if one of the enemy player dies or your teammate dies. That’s why it’s very necessary to play passively early game because if u lose control at the start it’s gonna be insanely hard to get back. This is because the enemy player tries to sneak into your area of grass hence always keeping you at bay. The only way out is to ambush the enemy brawler with your whole team 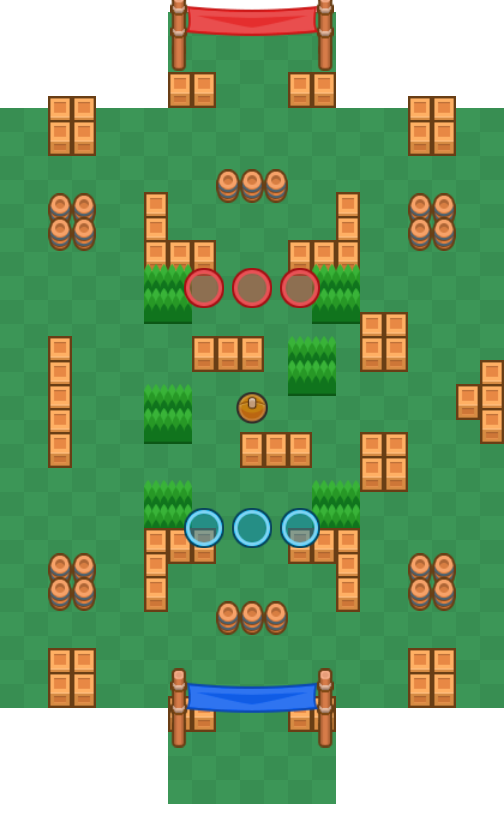 This is a classic brawl ball map and sometimes even ranged attackers are also used here in the right comp. You can even Piper at your own risk if you can clear the walls during the early game. Don’t even consider using Mortis in here, I mean in any map at all, because he’s not meant for brawl ball (anymore). Classic tips are to play passively and try to clear up the enemies goal obstacles early game so that you can score from wherever you want. 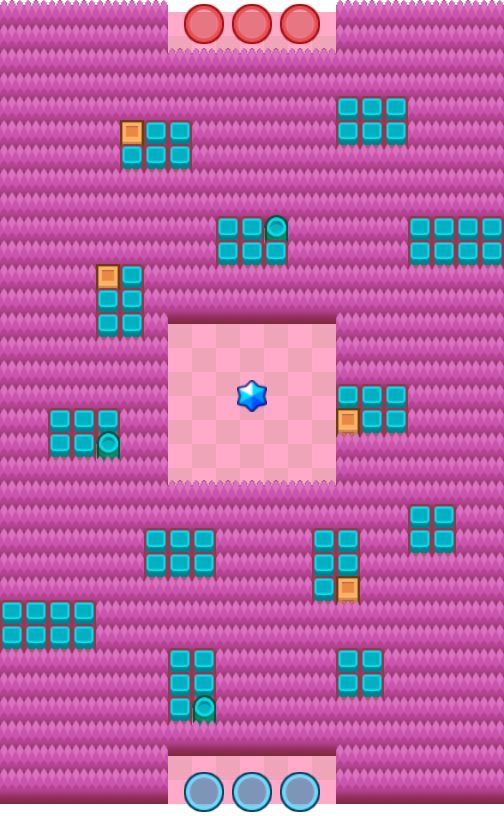 Okay, obviously this is insane. This is one of the most scariest maps to play especially after seeing so many competitive matches in this maps and being awestruck how brutal playing in this map can be. What you could do is obviously choose Bo and a Tank which will be a very essential combo in this map. And don’t try to play the hide and seek game, because they may have a Shelly with her super ready to melt you. 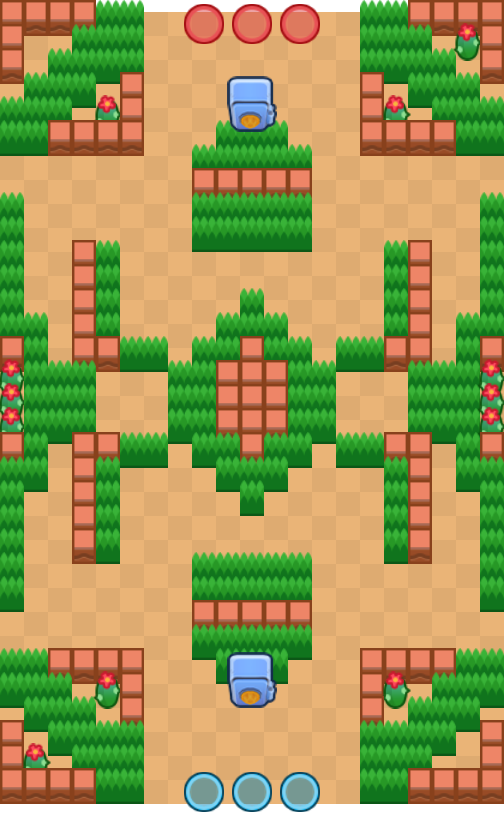 Make sure to check the bushes beside your team’s spawn point, so that you can prevent enemy brawlers, especially ones with high damage output, from damaging your team’s safe. You can constantly use his attack against the safe using the wall, but it is hard to actually get to the safe, so it is advised to use his Super.
You should use brawlers like Brock and Shelly to fully take down the blocks at the front of the safe so that your team can push through the opposing team and attack without obstacles in the way.
Throwers like Barley and Dynamike can attack the safe from the bushes in front of it, giving them more protection against enemies. Use a brawler like Brock so he can destroy the obstacles in front of the IKE. Don’t try to sneak in from the bushes because the IKE will immediately start attacking. Use long-range brawlers here especially with a combo of Jessie for controlling the center early game. With snipers, you can easily keep your opponents at bay and not letting them cross their boundary.

Well, there are also rewards for winning every single game, isn’t that quite sick. But the best part is what rewards they are.

In total, you receive 100 star token literally. That’s 10 Big boxes or 3.3 Mega boxes for free. Isn’t that insane? And for an add up we also get 1000 star points. Even if you can’t reach 15 Wins, you can still enjoy your star tokens. Good luck getting a legendary!

This article was written asap to give you guys the best information and maps and brawlers for winning the championship. Hopefully, you guys learnt from this.